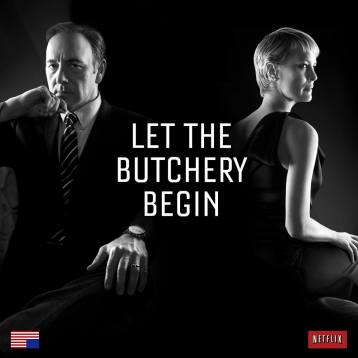 Now that we’ve all had a chance to watch the second season of House of Cards (if you haven’t, what in the world have you been doing the past two weeks?) and that Scandal has returned, I thought it would be fun to throw Frank Underwood and Olivia Pope into the political ring. Two fictional political heavyweights enter. ONLY ONE LEAVES. Spoilers abound. Don’t say I didn’t warn you.

Now then, if this was a fight between President Fitz Grant and Frank Underwood (I refuse to refer to that maniacal miscreant as “President”), Frank would win, hands down. Fitz is an idiot. He’s reckless, he’s irrational, he’s got no control over his administration, and he always manages to pick the wrong time to be easily swayed by the circus around him. Frank would play him the same way he played President Walker (Walker is also an idiot, but for different reasons). There wouldn’t even be a chance for B613 to eliminate Frank, because Frank would use B613 to his advantage before Fitz ever even found out that B613 existed.

But before we start, there’s a question of which “Washington, D.C.” each character is in. Are we in the House of Cards version of D.C. (where somehow things are incredibly efficient, political alliances are more about personal gain and seeking revenge than solving problems, and where everyone except Frank and Claire is incredibly naïve and stupid)? Or are we in the Scandal version of D.C. (where Congress basically doesn’t exist, everyone is sly as a fox, guns run rampant, and alliances are created to solve crises – not to take down opponents)? In the end, it doesn’t really matter because Olivia is 100 times more astute  than any of the characters on House of Cards. Even if Frank stepped into the political world that exists in Scandal, he wouldn’t be able to survive. Olivia would outsmart him (or Jake – against Olivia’s wishes – would send someone in B613 after him).

But in the end, I suppose it doesn’t matter who wins this political battle, because they’ve both lost the war. By the time it’s all said and done, they will have aired so much of each other’s dirty laundry that they will both be in prison for a very very long time.

Self-proclaimed “music intelligence” company The Echo Nest just released some statistics on the most distinctively popular artist in every state. The stats came from the number of times a musician’s work was streamed on Spotify by the residents of a certain state.

The results are rather surprising, and in some cases, seemingly random. Nebraskans really love the British-band Bastille. Tennessee is a strong supporter of rapper Juicy J. Country-duo Florida Georgia Line’s biggest fan base is not in either of its namesake states. Rather, it’s in Ohio of all places.

Check out the chart below to see what band has the most groupies in your state! The man behind this project also created an app that allows you to compare the listening habits of residents in two different states. Learn more about it here. 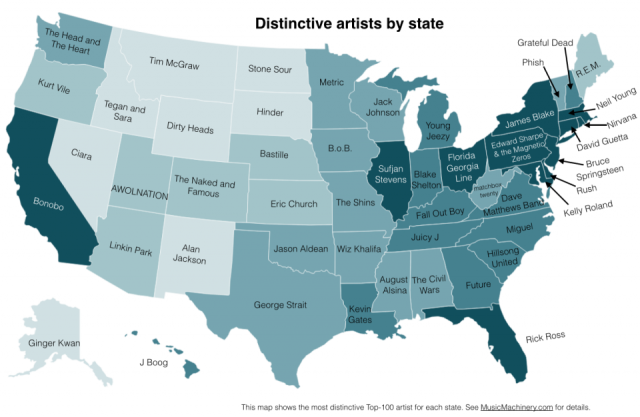 I’m very surprised that most of the artists that are typically in the Top 40 are nowhere to be found on this map. No Beyonce, Jay-Z, Lady Gaga, Justin Timberlake, Maroon 5, Adele, Katy Perry, or Rihanna.

Hat tip to Business Insider’s article on the map.

One of the many reasons why I love Pinterest is that it’s a great source for inspirational quotes. I think I’ll try to share some of my favorite ones every Monday. 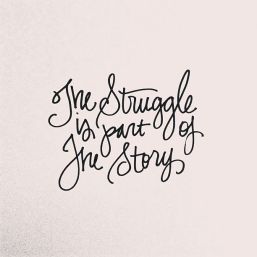 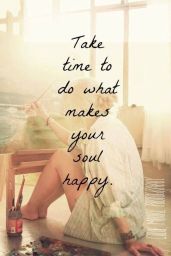 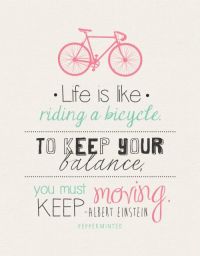 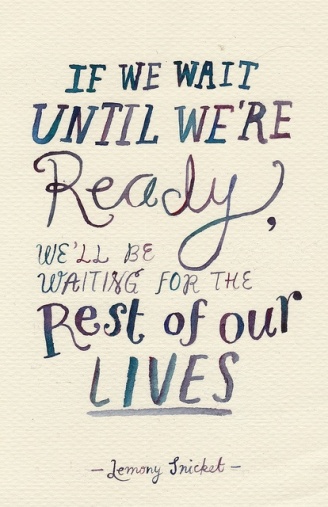 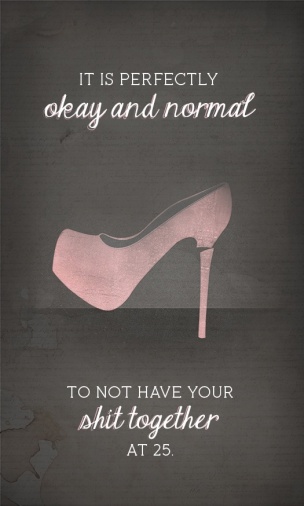 “Post Grad,” a 2009 comedy starring Alexis Bledel, Jane Lynch, Carol Burnett, and Michael Keaton, is the story of the difficulty, the ridiculousness, the stress, and the uncertainty that comes after graduation. After Bledel’s character graduates from college, she can’t find a job and is forced to move back in with her parents. Hijinks ensue. It’s a funny, but sadly realistic, portrayal of the life of the typical post-grad millennial.

“This is not the way it’s supposed to go. You’re not supposed to come back when you’ve already left the nest!”

Hat tip to Hello Quarterlife Crisis for inspiring this post. 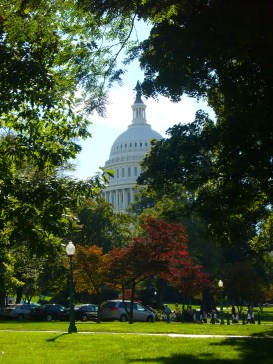 Foreign Policy broke the story earlier this week that actor/director/Mr. Jennifer Garner/honorary-Ivy-Leaguer Ben Affleck is scheduled to testify before the Senate Foreign Relations Committee on the Congo on Wednesday.

And while young staffers and interns are positively brimming with excitement, not everyone is thrilled that Affleck is going to be walking the hallowed halls of the Senate office buildings.

He’s part of the worldly-actor trio (which includes George Clooney and Matt Damon) who have garnered (pun intended) a great deal of attention for humanitarian issues. Critics think that celebrities advocating on the Hill are a mere distraction and a ploy for politicians to stroke their own egos by summoning Hollywood’s biggest and best.

There are two major factors that critics are pointing to when dismissing Affleck’s legitimacy as an expert witness on the Congo. 1) He’s an actor, and 2) he directed a movie – Argo – that misrepresented the role that foreign governments played in helping six American diplomats escape from Iran unharmed during the hostage crisis.

First of all, just because you’re an actor doesn’t mean you’re an uneducated dimwit. Affleck may not have graduated from college, but he’s been publicly discussing issues related to the Congo for years. He even co-founded the Eastern Congo Initiative, an American non-profit that tackles humanitarian issues in the Congo, back in 2010. The ECI not only advocates on behalf of people from that region, but also supplies grants to local organizations to help victims of sexual violence, to help provide children with healthcare, and to facilitate peace amongst communities.

Second of all, Argo wasn’t a documentary. It was a scripted movie, and Affleck didn’t even write the script. While it was wrong for him to not at least draw attention to the fact that certain key facts were changed for the sake of storytelling, it’s not a reason to discredit him from talking about a foreign policy issue ever again.

Affleck’s creation and support of ECI doesn’t make him the leading expert on the Congo by any means. There are scholars and practitioners who’ve been studying this conflict day in and day out for several years. And those experts will be testifying before the Committee, too. They can call out Affleck if he says something wrong or stupid. The Committee isn’t just going to take what Affleck says and blindly follow his policy suggestions. His testimony, along with the other expert witnesses’ testimonies, will be taken into consideration.  END_OF_DOCUMENT_TOKEN_TO_BE_REPLACED

…and read these stats on post-grad millennials’ views on jobs and education.

We’ve all been there. You’re at some social gathering, maybe a wedding, a family get-together, or a night out with friends. You’re having a great time… UNTIL somebody says this: “Oh, you studied [insert any college major/master’s degree here]? You must have learned so much. So, what do plan on doing with that?”

Your brain freezes. GREAT. Being the paranoid parrot that you are, you assume that this person asked this question because he or she:

You try to be nonchalant. You try not to give away the fact that you’re panicked beyond belief. You try to give a safe answer. “Oh, you know, I’m open to pretty much anything,” you say. Which is true. You are willing to take something, anything just to get your foot in the door.

Ugh. “Could this BE anymore awkward?” says the Chandler Bing voice inside your head.

Chip up, buttercup! You’re not the only person who has experienced this awkward conversation. And while the last thing you may want to hear about is how well other twenty-somethings are doing career-wise, or what they think about our current economic state, you could learn a thing or two from them. Their insights into the economy, what skills are necessary in the workplace, and regrets they have about their education may help you figure out how to make it in the real world. Remember: if those fools can do it, so can you! END_OF_DOCUMENT_TOKEN_TO_BE_REPLACED

Unpaid internships have become the norm, but they are making it almost impossible for millennials to find real jobs even after graduation, according to a great piece published in the New York Times on Friday. Many members of our generation are finding themselves taking internship after internship – all while still hunting for paid and permanent positions in their desired career path. 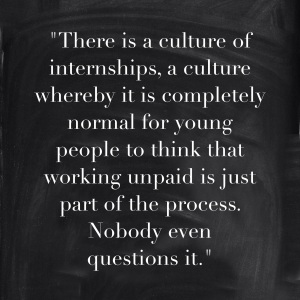 -Alec Dudson, the founder and editor of Intern magazine.

“Call them members of the permanent intern underclass: educated members of the millennial generation who are locked out of the traditional career ladder and are having to settle for two, three and sometimes more internships after graduating college, all with no end in sight,” reporter Alex Williams writes.

Entry-level jobs are almost nonexistent (I know this from personal experience). In some cases, as the article points out, companies have completely scrapped their internship programs after facing lawsuits from former interns claiming illegal and unfair working conditions (i.e., not being paid minimum wage for actual work).

It wasn’t supposed to turn out this way. We were told that if we got good grades, interned over summer vacations, made some good connections, and got that diploma, we’d be golden. We’d get a job. It wouldn’t be handed over to us (we had to work hard to maintain grades and land those internships, of course), but we had a high chance of success. That’s how it had worked for our parents, and we naively believed that it would work the same way for us.

Initially, we just accepted the fact that working without pay at an office, studio, or newsroom for one summer was something that we had to do; that it was something that all of us had to do. One summer, maybe two summers. But that was it. After that, we’d get those real paying jobs.

When our parents questioned why we weren’t getting paid even though we were doing real work, we shrugged it off. We just considered it to be the price we had to pay to get our feet in the door. 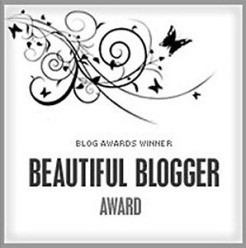 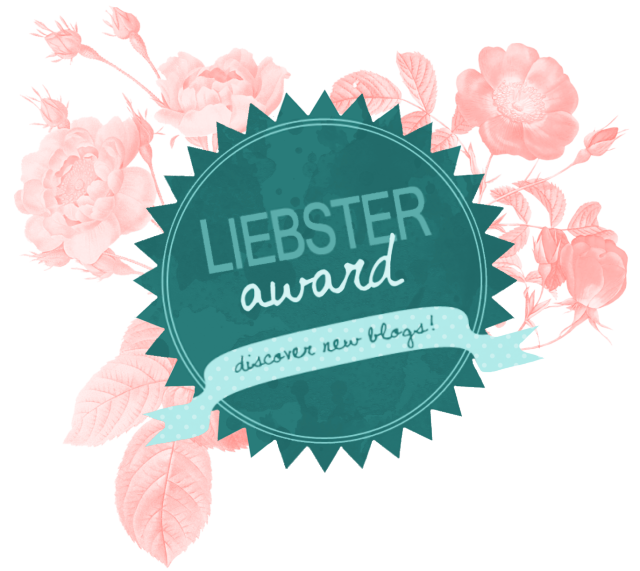 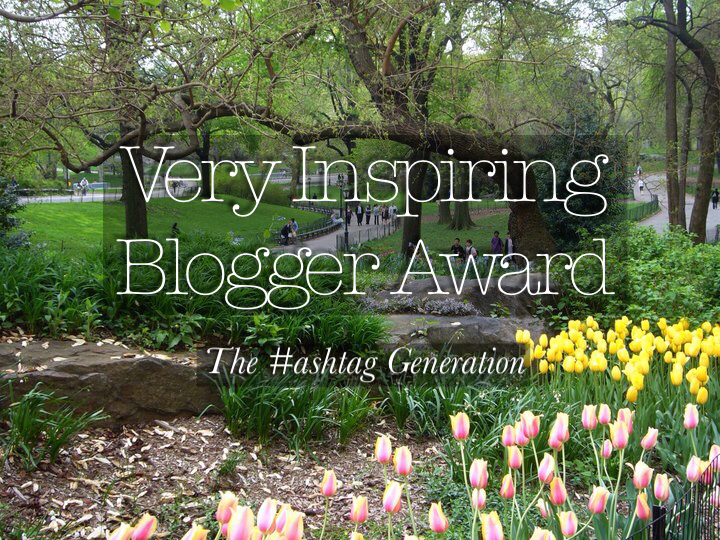 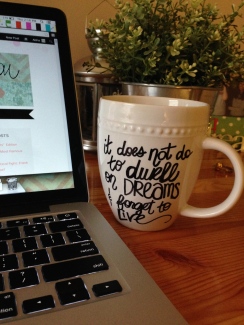